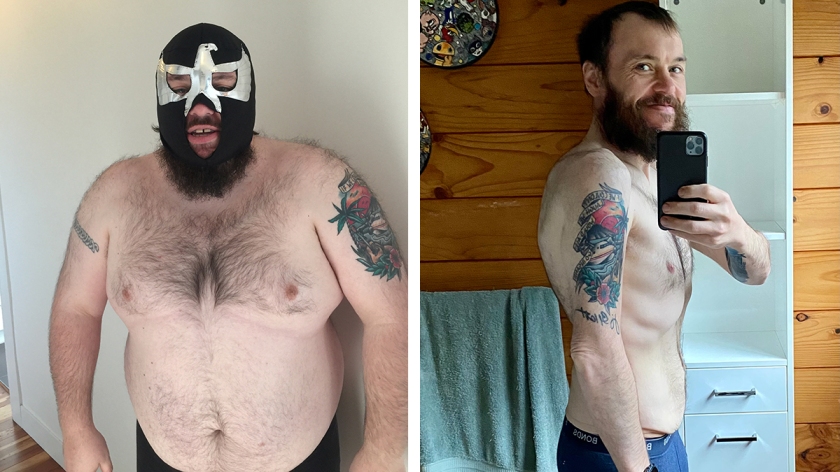 After finding out I was going to have way more free time on my hands than I had planned this year (I, for one, welcome our new AI overlords!) I’ve tried to make the most of it.

Initially that came from doing as little as possible – the last wee while at Microsoft was incredibly stressful and the few months leading into my role disestablishment were some of the longest days and nights I’ve spent as a professional.

That kind of self-pity/recovery/relaxation can only last so long, though, which is why golf has been recently reintroduced into my day and my focus has turned to running the 21km at the Tarawera Ultra Marathon in February 2021.

And when I’m in front of my computer I no longer spend hours refreshing LinkedIn and Seek waiting for the perfect job to pop up and instead have moved to use that screen time more productively, with focus on my own writing, whether it’s this blog, my memoir or my novel/screenplay ideas.

It’s also given me the opportunity to reflect on what’s important to me and how I can apply the lessons learned in my professional and personal life, particularly in the six years since I got home to find out my marriage was over and I had to start what felt like my whole life over again.

And the biggest thing I’ve learned? There are no shortcuts in life. Let me repeat that again just to be sure you understand it:

THERE ARE NO SHORTCUTS IN LIFE!

Okay, let me qualify that. Slightly… There are, of course, shortcuts. But none, in my experience, that don’t leave you further away from where you wanted to be in the long run.

Let me give you an example:

Back in 2006 I was fed up being fat and unfit. I weighed in at 136kgs and was desperately unhappy. The final straw came when my boss strolled into my office, shut the door and told me I had to lose weight for my own health. At that time I didn’t think about how massively inappropriate that was (my weight wasn’t stopping me doing any aspect of my job so what should it matter to him?) and set off to lose weight just to… well, I don’t know. Prove him right? Spite him?

I almost immediately signed up to be a Heart Racer, raising money for the Heart Foundation by running the 10.5km at the Auckland Marathon and cut everything out of my diet that I didn’t consider ultra-healthy. I wasn’t vegetarian at the time so I remember this meant sacrificing bacon and all those other fried goodies I considered mana from heaven. No more chips. No more lollies. Just plates of salad I would force myself to eat and pretend to enjoy.

I added training on to everything else I was doing and, unsurprisingly, I lost weight. Quickly. I hit 100kgs in just a few months – and then the wheels came off. Training became harder as my body reacted and I got sick. And by denying myself ANY kind of normality with my eating I found out the hard way that I was back on the same path I had been on prior to that moment in my office when my, let me reiterate, wholly inappropriate boss wandered in.

I limped to the date of the Auckland Marathon, did the 10.5kms in just under 75 minutes, raised over $1000 for charity, ticked it off my list and then went back to exactly how I lived my life before, bacon sandwiches and all.

What I had done was simply unsustainable. In terms my fellow Kiwis might understand – I hadn’t done the mahi to get the treats. I didn’t realise at the time that losing weight wasn’t the hard work, making changes that were sustainable during the normal ups and downs of life was the real mahi.

Fast forward to 2017. My weight had gone as high as 150kgs – all that initial 36kgs I had lost was back on and so much more – and I was currently tipping the scales at 143.65kgs. I had tried Weight Watchers. Again. I tried cold turkey. Again. And after hearing a media report on the potato diet and driving around Auckland looking for potato starch, I spent three soul destroying days eating nothing but potatoes and utterly DISGUSTING potato pancakes that I had convinced myself would be like tattie scones but couldn’t have been further from it.

I finally realised what I was doing by looking for a trick to lose weight was unquestionably making things worse. Every shortcut led to more misery and – always in the long run – to putting more weight on. I was super unhappy at just how bad I felt every time I tried to do anything remotely physical and I wasn’t able to walk a kilometre without having back and calf injuries. I was, physically and mentally, at rock bottom.

And, somewhere down there, in the depths of my depression came a whisper of hope.

Elsewhere I’ve put my decision to lose weight down to my goal to wanting to become a wrestler. And that’s true. But it also needed that wee voice in my head to say “okay, what’s different this time and how are you going to make it sustainable? How are you REALLY going to do the mahi?”.

And THAT’S the story I’m going to tell over the next few years in as many forms as I possibly can. In as humourous a way as I am able. Because in the 38 or so months since I made that decision to do the mahi to earn the rewards life has been great. So great, in fact, that I’m able to deal with unemployment in a way that would have been impossible back then.

Let me say it again – there is no shortcut to sustaining my weight at 72kgs when I used to weigh 78kgs more. It’s because I do what I need to do to make it happen. Every step of the estimated 13.5 MILLION steps I’ve taken since August 2017 and the 1700kms I’ve run are part of it. As is my logging of my food to ensure I understand how much I’m consuming. As is making sure I don’t deny myself like I did in 2016, knowing there’s no surer way to failure.

This morning I woke up and it was raining, that horrible misty rain that just seems to soak everything. I have two 4km runs on my training schedule today and I needed to go out as soon as I got up to knock the first one off and give myself enough recovery time for the second. In times past I would have looked for an excuse. “My legs hurt.” “I’ve got a sprained pinkie.” “It’s a day ending in -y.”

But hard work is fun, particularly when you harvest the benefits from it. So on went the gear, the music (Van Morrison, Suede, Jimmy Buffett and Nick Cave this morning) and the smile and off I went, a gentle run with a detour afterwards past the local cafe to pick up a date scone.

Because if you’re going to reward yourself for not taking a shortcut, you may as well do it with the best snack possible, eh?

Now I’m off for that second run. The weather is worse than it was this morning, I just got rejected – without so much as an interview – for another two jobs and there are no more date scones to eat – but a smile, some Van the Man and a hot shower afterwards – and maybe a vegan Boysenberry Trumpet for dessert tonight – are treat enough!